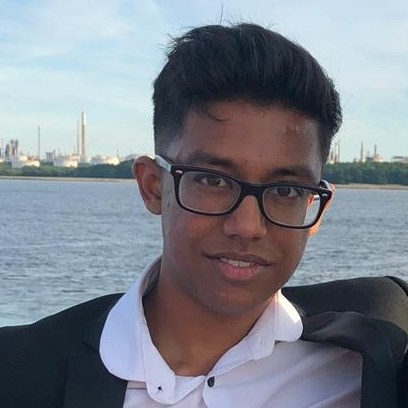 The advent of affordable, high-performance smartphones, alongside rapidly growing 5G infrastructure has fuelled an explosion in the mobile gaming industry, which exceeded $120bn in market value in 2021. With the Asia-Pacific market remaining dominant and Middle-East & African markets driving strong YoY growth, there has never been a better time to capture the 3bn+ strong global gaming audience.

With research suggesting gamers typically have greater disposable income than non-gamers, even luxury brands such as Louis Vuitton have recognised the value of gaming audiences, investing in a partnership with Riot Games to sponsor the League of Legends World Championship Finals in Paris.

There is a common stereotype that gamers are sweaty male teenagers, playing video games in their parent’s basements, however with roughly 40% of the world’s population actively playing video games, this couldn’t be further from the truth. This association is partly due to the perception of the term ‘gamer’, as many infrequent or casual gamers may not perceive themselves as such, as they don’t devote as much time or attention to gaming compared to ‘hardcore’ or esports gamers.

Whilst research shows hardcore gamers are most likely to be young males, females account for over 50% of casual gamers. Similarly whilst gaming is still most popular with younger people, with roughly 70% of under 39 year olds indulging in gaming at least once a week, 40% of over 40s also game at least once a week, which is far from a negligible audience.

The modern gaming demographic is as diverse and varied as TV or music audiences, so it’s safe to say there simply isn’t a stereotypical gamer anymore. Therefore it’s important advertisers consider gamers interests beyond gaming-related products, to best capture the attention of this lucrative audience. For example, Nielsen research shows Venatus audiences are 3x more likely to be tech decision makers, 2x more likely to be movie goers / renters and also 2x more likely to have an interest in food, wine or baking.

Gaming is not just for the home

Another stereotype surrounding gamers is that they mainly play at home, whilst sat at a desk or sofa playing on console or PC. However, as smartphone processors become cheaper and more powerful, more high-profile AAA franchises, such as Call of Duty, Fortnite and Need for Speed, are becoming available for out-of-home mobile gamers. Across Asia-Pacific and other emerging markets, we’re also seeing mobile gaming surpass console gaming in popularity, with a low price-barrier to entry for gamers, fuelling a massive growth in player numbers over recent years.

The popularity of mobile gaming whilst commuting or simply out-of-home, presents a great opportunity for non-endemic brands to capture gaming audiences on the go. This audience can be a great fit for FMCG goods, such as snacks, personal hygiene products and fast food, which gamers may be tempted to purchase at the same time whilst out. Venatus’ campaign with Radox for their Scent Touch shower gel range, engaged female gamers with a custom-built level within Angry Birds, achieving a 66% brand-uplift pre and post-exposure to the campaign.

With so much hype surrounding the metaverse and the launch of new virtual environments within this space, there is often a lack of acknowledgement for existing in-game environments, which have operated in the ‘metaverse’ for years already. Games offer a place for friends, family and strangers alike, to connect, chat and immerse themselves in real-time, matching the purpose of the metaverse.

Advertisers can connect with gaming audiences in real-time, introducing the opportunity for gamers to speak about a given advertisement with a peer after seeing it. For example friends may choose to book tickets for a movie, after seeing an in-game billboard advertising it. In-game ad-placements also have the added benefit of achieving a higher SOV, as only one placement is usually in view at a time, compared to multiple across web or social media.

Gamers demand authenticity from brands and can smell a lack of it from a mile off. Therefore it’s important for advertisers to ensure the content of their advertisements respect gaming culture and resonate well with gamers, without patronising or stereotyping them.

Advertisers must also consider which type of gamer best fits their target demographic, which can help determine the best place and ad-formats to use in-order to best capture the correct audience.

If you’d like to engage with gaming audiences globally with custom, interactive and attention grabbing ad-placements, get in touch using the email address below and we'll connect you with a member of our regional sales teams: