Pay to win: Are acquisitions healthy for the gaming industry? 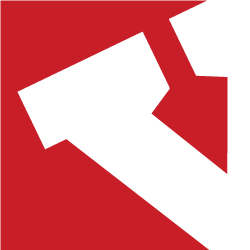 Mergers and acquisitions are nothing new in the gaming industry. They can be worth billions to the acquired companies and generate an intense PR buzz for the buyers. January 2022 saw the two biggest gaming acquisitions ever, happening more or less within a week of each other. Firstly, Take-Two Interactive showed their intentions to strengthen their mobile gaming prowess through the $12.7 billion purchase of Farmville and Words With Friends creators, Zynga. Then, quicker than you can say “Crash Bandicoot,” Microsoft announced the gaming industry's biggest ever acquisition; a purchase of Activision Blizzard for a dizzying $68.7 billion. Prior to this, the biggest acquisition in the industry had been a comparatively mute $8.7 billion deal from Tencent in the purchase of mobile gaming company, Supercell. It’s clear that mobile gaming revenues are booming and brands left, right and centre are looking for ways to be part of it. Even traditional publisher institutions like The New York Times, through their swift purchase of mobile game craze, Wordle, are recognising that gaming is no longer a pigeon-holed niche. Instead, gaming is much more of a social space that transcends the devices used to play them. Gaming has become culturally ingrained and it can no longer be ignored as a platform for community.

Looking at Microsoft specifically, their gaming IP has become incredibly impressive. Since purchasing Minecraft studio Mojang in 2014, Microsoft has continued to stamp its authority on the industry. Producing less titles themselves, it makes a lot of sense that Microsoft would acquire companies like ZeniMax, a holding company for renowned game studios like Bethesda and Arkane studios. But, these acquisitions are bound to have an impact outside of Microsoft’s own revenue streams. Do acquisitions like these eventually hurt the wider gaming industry? It’s no surprise that independent, indie developers are becoming concerned with the market structure. Multiple smaller game makers have spoken to the BBC to express their concerns over the monopolisation of the gaming market. They are suggesting that indie games outside of Microsoft’s Xbox Gamepass offering will “lose engagement as subscribers focus… on games they can access for free within the service” (Gamepass). It’s vitally important that brands making these acquisitions also instil ways to support the networks of smaller industry independents and not simply buy their way to market domination. The gaming industry needs indie studios as creative, boundary pushing spaces for artists and programmers to carve out a career in gaming.

Without the smaller, independent studios developing new titles, the industry is headed for a closed loop of endless franchise games. Titles that are known to succeed and make profit will take even more of a centre stage - more and more Call of Duty and less award winners like God of War for example. Artistically, this is a huge threat to gaming. Holding more market share ultimately allows big corporations to have more control over pricing and retail too. The cost of being a gamer will rise. The future will bring more expensive games and more expensive consoles. In the short term though, the cash injection from companies such as Microsoft will be a positive thing for the acquired game studios, offering bigger budgets and better recruitment power. Ultimately though, the long term prospect of the world’s best game studios being owned and operated by the companies that distribute the games and the consoles used to play them, is a concerning one for the future health of the industry.

Moving on positively from the increasing scrutiny over some past behavioural aspects at Activision, Microsoft CEO, Satya Nadella explains that the culture of the game studio and the wider company will be a central focus, acknowledging that there will be “significant work to do in order to continue to build a culture where everyone can do their best work.” Let’s hope that this focus on building a culture of accountability, transparency and fairness will extend into Microsoft’s wider gaming strategy. As all Spiderman fans will know, “with great power comes great responsibility” and it is the responsibility of the Microsoft’s and Sony’s of the world to build the industry in a productive way and not to just line their pockets by buying up IP. If acquisitions such as these result in a better gaming community and improved support for independent gaming creativity, then it could absolutely be a positive for the industry.

So in summary, it's still relatively unknown as to how positive or healthy these acquisitions will be for the wider industry. We’ll have to wait and see to some extent. From one perspective you can see how creativity, innovation and community could be diminished as franchised gaming takes over the industry even more than it already has. But, in another view, the increased funds for these acquired studios can support and help discover talent and offer them a platform to produce their best work, unhindered by budgets. Whatever the case, it’s vital that these deals lift up the industry surrounding them and do not rid the industry of its artistry and independent creativity that gamers appreciate the most.

Follow Venatus on social to keep up to date > https://linktr.ee/wearevenatus